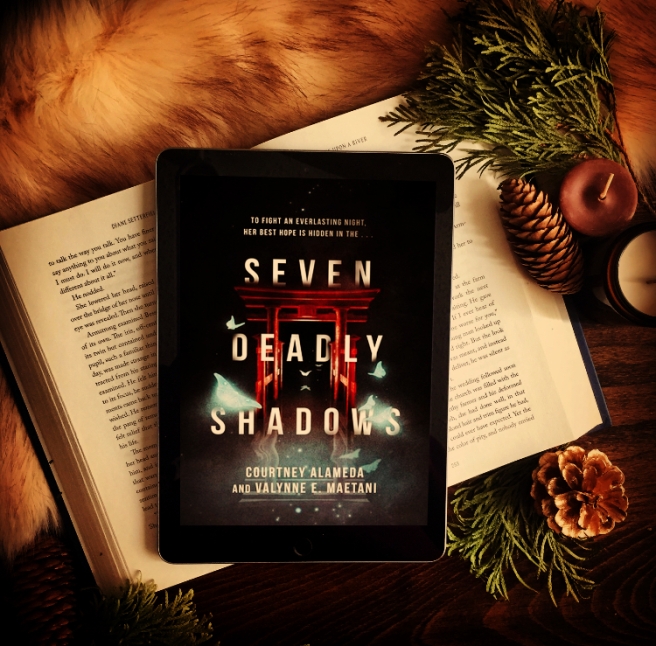 Kira Fujikawa has always been a girl on the fringe. Bullied by her peers and ignored by her parents, the only place Kira’s ever felt at home is at her grandfather’s Shinto shrine, where she trains to be a priestess.

But Kira’s life is shattered on the night her family’s shrine is attacked by a vicious band of yokai demons. With the help of Shiro—the shrine’s gorgeous half-fox, half-boy kitsune—Kira discovers that her shrine harbors an ancient artifact of great power . . . one the yokai and their demon lord, Shuten-doji, will use to bring down an everlasting darkness upon the world.

Unable to face the Shuten-doji and his minions on her own, Kira enlists the aid of seven ruthless shinigami—or death gods—to help stop the brutal destruction of humankind. But some of the death gods aren’t everything they initially seemed, nor as loyal to Kira’s cause as they first appeared.

With war drawing nearer by the day, Kira realizes that if this unlikely band of heroes is going to survive, they’re going to have to learn to work together, confront their demons, and rise as one to face an army of unimaginable evil.

Let me start with I love a book based off of mythologies.Especially Japanese mythologies. Seven Deadly Shadows delivered.

“I am a girl surrounded by monsters and ghosts from an ancient world. Most days, they scare me less than people do.”

Characters: This book reminds me of urban fantasy, with some anime elements. The MC is Kira who is learning to be a shrine’s priestess. She can see the spirits and is tasked with preventing a major catastrophe from occurring by raising an force of seven shinigami to fight an evil. She starts out the story as an average sixteen year old girl who is powerless. The first page starts with her literally being bullied by an older girl at school. However as the story develops she comes into her own. She is forced to take on the responsibility of saving the world and becoming a hero. Ultimately her growth and confidence helps her deal with fears and face down bullies. I would like to see more from the other characters. I felt like I had a bit of a disconnect with them for whatever reason. Regardless, I loved seeing Kira’s growth.

“I suppose even death looks beautiful, sometimes. But its beauty is a lie.”

Plot: There’s magic, creepy monsters, a  bit of romance, what more could you want? One of the parts of this story that grasped my attention were the demons, ghosts, and abundance of other creatures native to Japanese mythology. I was completely immersed in this story and a big part of that was the fast moving, action packed plot. My only complaint is that the ending felt a bit rushed and I would have liked it to be more drawn out. However I am incredibly excited to read the next book in this series!!

I would recommend this for anyone interested in a fun fantasy adventure, magic mixed with Japanese mythology, and  monsters! Also, this book did have Anime/Manga vibes that I was here for. Bonus note..something that always seems to occur in YA Fantasy are a lack of living parents who also participate in their child’s life. In this book the parents were present and supportive and I really appreciated that.

HUGE THANK YOU TO HARPERTEEN AND FANTASTIC FLYING BOOK CLUB FOR HAVING ME AS PART OF THIS BLOG TOUR!!

Go check out the rest of the tour stops! Full schedule here

SECOND PRIZE:
– a signed copy of SEVEN DEADLY SHADOWS with anime portraits of Kira and Shiro

A veteran bookseller and librarian, Courtney Alameda now spends her days writing thriller and horror novels for young people. Her debut novel, SHUTTER, was nominated for a Bram Stoker award and hailed as a “standout in the genre” by School Library Journal. Her forthcoming novel, PITCH DARK (Spring 2017), is a genre-blending science fiction/horror novel in the vein of Ridley Scott’s 1979 film ALIEN.

Courtney holds a B.A. in English literature with an emphasis in creative writing. She is represented by the talented John M. Cusick of Folio Literary. A Northern California native, she now resides in Utah with her husband, a legion of books, and a tiny five-pound cat with a giant personality.

Valynne E. Maetani (pronounced Vuh-lin Mah-eh-tah-nee) grew up in Utah and obtained a Bachelor’s degree from the University of Pennsylvania. In a former life, she was a project manager and developed educational software for children with learning disabilities. Currently, she is a full-time writer. She is a member of the We Need Diverse Books team and is dedicated to promoting diversity in children’s literature because every child should grow up believing his or her story deserves to be told. Her debut novel, Ink and Ashes, is the winner of the New Visions Award 2013, a Junior Library Guild 2015 selection, and Best Fiction Book in Salt Lake City Weekly’s Best of Utah Arts Award for 2015. She lives in Salt Lake City.

Find Me Other Places: 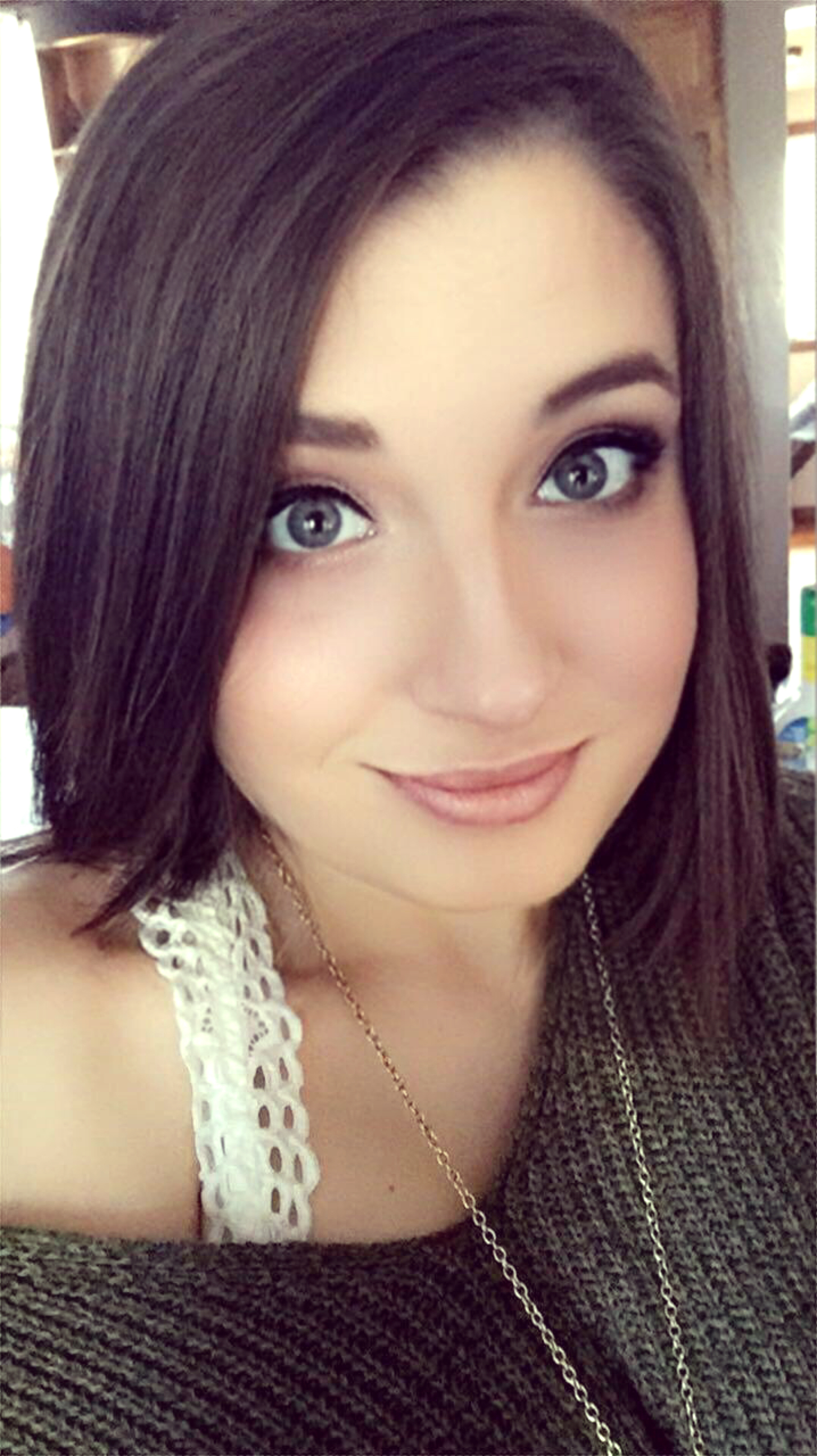 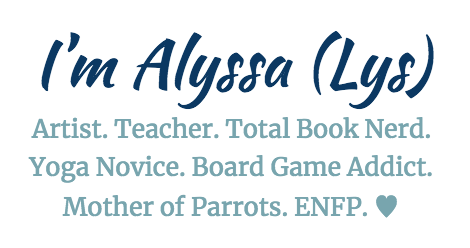 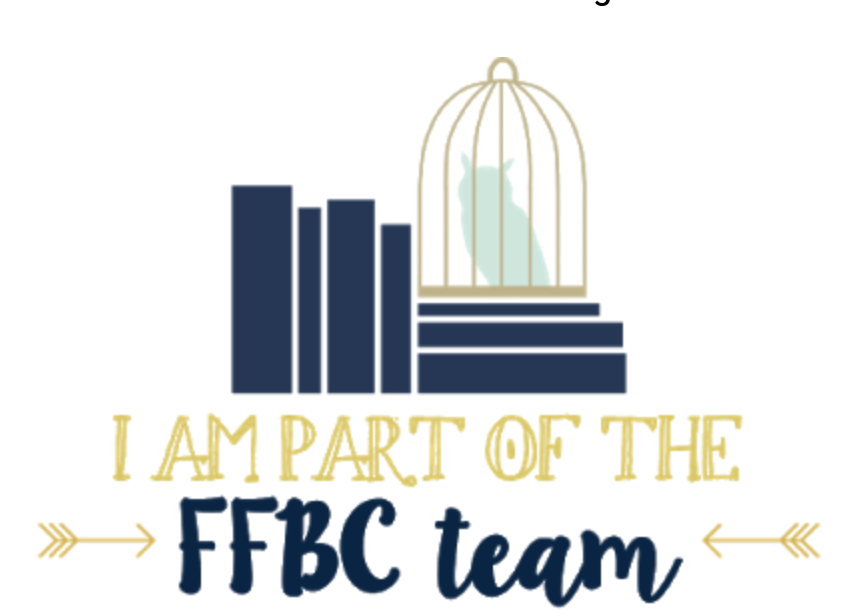